The History of Land through Deeds: The Lind Estate

A sizeable portion of the deeds in our collection are from the Lind Estate. The estate covered land in Ryde, Isle of Wight, which grew in size and popularity during the mid-nineteenth century, no doubt influenced by its new royal neighbour Queen Victoria.

The Player family were significant land owners in Ryde. In 1705 brewer Henry Player bought the Manor of Ashey and Ryde, probably with the profits from Weevil Brewery in Gosport which supplied the Navy with beer. During the eighteenth century Henry’s son Thomas developed housing on the estate, and Thomas’ son William continued to expand the estate, acquiring Ryde Farm. William’s son George became Lord of the Manor in the early nineteenth century and had two daughters with his wife Mary Ann, Maria Jane and Elizabeth Lydia, but no sons. Elizabeth’s husband Thomas Robert Brigstocke and their daughter Mary Harriette Player Brigstocke are also party to our deeds.

It is with William Player’s daughter Elizabeth that the link to the Lind family lies; Elizabeth Lydia Player married Dr John Lind in 1789.

The Linds were a family of doctors originating from Edinburgh and they also had links to the Navy. Dr James Lind was a well-known physician who developed a treatment for scurvy using citrus fruits. James’ son John followed in his father’s footsteps and became Chief Physician at Haslar Hospital in Gosport before marrying Elizabeth Lydia Player.

John and Elizabeth had six children. Their only son James Player Lind married but had no children, so this is where the Lind name ends. James appears in some of our deeds along with his sister Anne. Another of James’ sisters Elizabeth, married Antoine Albert du Thon with whom she had four sons and two daughters. Juliette Blanche du Thon and her husband Edmund Henry Peters appear in our deeds, as does her sister Elizabeth Geraldine du Thon and her husband Samuel Peters. Samuel and Elizabeth’s children Blanche, Edmond, John and Grace are also party to the Lind deeds in our possession.

The Player and Lind descendants influenced the development of Ryde as they gave land for burial grounds and churches, and supported hospitals and alms-houses. They also leased a large percentage of their land between the mid nineteenth and twentieth centuries. The earliest Lease in our collection from the estate is dated 19 September 1845 with James Player Lind as the Lessor. Leases were frequently granted from 1864, signalling the rapid development of the town.

As well as deeds from the estate, we also have a fantastic plan of Ryde which allows us to see the development of the town. Unfortunately this is too large to scan but we’ve included a photograph below, and some more will pop up on social media from time to time.

We’ve also created a Lind family tree here. This tree is not extensive, it is purely to show how those who are party to our deeds are related; descendants in blue boxes appear on our website.

Have a search on our website and see what you can discover from the Lind Estate, and do let us know how you get on. 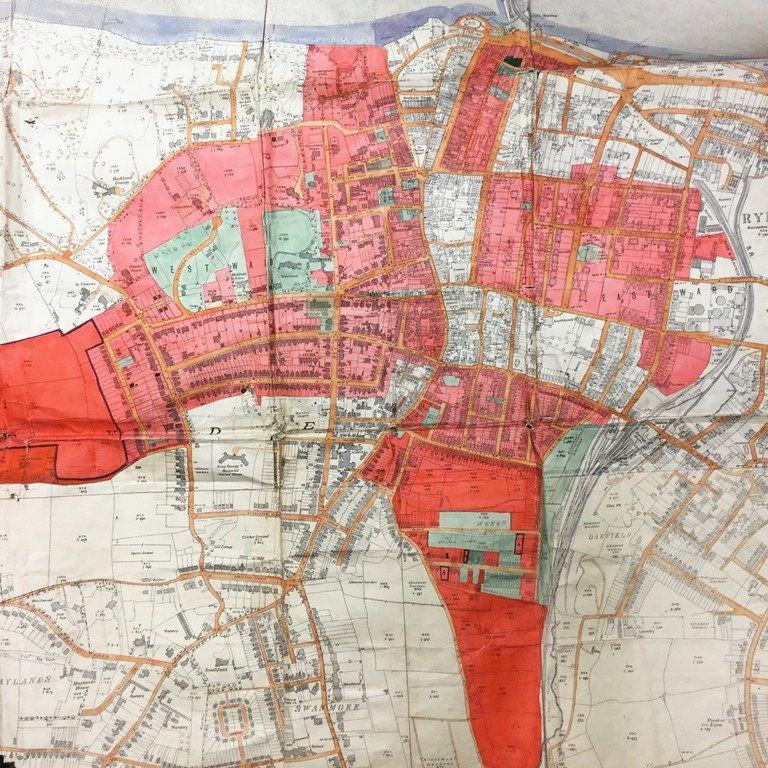 Back
Share
Unearthing a world of information from Ground Rents
The History of Land through Deeds: The Lind Estate
What’s in a deed? Exploring our most common deed types